One of the benefits of GSSA membership is the opportunity to attend a monthly talk by a knowledgeable speaker. The Northern Transvaal branch is renowned for the quality, professionalism, and relevance of its presentations on a myriad of genealogy related topics. Navigate to the presentation video, text or slide set. Each presentation is in the language of the topic. For a summary of each presentation, see below.

Freemasons in the Anglo Boer War 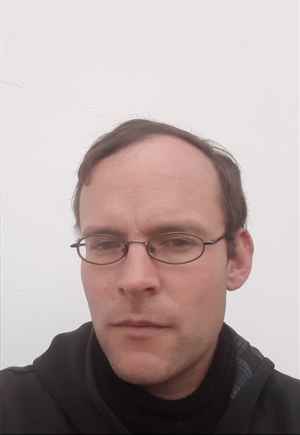 Johan is a Freemason and he has a thorough knowledge of the history of the organisation.

He explained terminology such as lodge, constitution and master mason.

It is a global humanitarian organisation, with membership restricted to men. An important function of a Freemason is to be involved in charity work, and in community development.

It is said that the beginning can be traced back to the temple building of Solomon but there is no tangible proof of this. In the early 1600s there were Scottish lodges and in the early 1700s a lodge in London was founded.

In South Africa, the first lodge was Lodge de Goede Hoop, founded in 1772.

The organisation encountered opposition at certain times in SA history, such as during the Batavian period and in the ZAR during the presidency of Paul Kruger.

During the Anglo Boer War, many lodges closed. Some of the buildings used by the Freemasons were used for hospitals such as in Mafeking and the Masonic Temple in Johannesburg.

Money was collected by lodges such as the United Grand Lodge in England as well as in the Netherlands to help Boers and British prisoners of war.

Famous people during the Anglo Boer War that belonged to the Freemasons were Danie Theron, Piet Joubert, Lord Roberts and Lord Kitchener.

A photo of prisoners of war on St Helena at the grave of Napoleon, were all Freemasons. One can therefore draw the conclusion that more Boers belonged to the organisation than we know of.

The talk was richly illustrated with photos and slides. 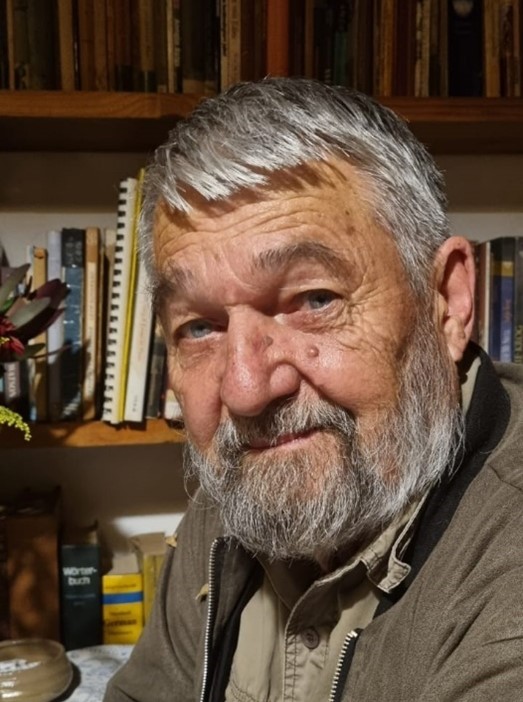 Erik Holm took us back to a bygone era of ox wagons, the Great Trek and as means of transport.

He tells where his interest began and that it was the wealthy, with their "following" – such as bywoners (poor tenant farmers) – who moved.

A wagon was built with strong beams; the long wagon could be taken apart with six pegs.  Then it could be loaded onto oxen to transport it.

Cheap steel imported from England after 1860 was used to build ox wagons. In Birmingham, steel shafts for the construction of oxcarts were made by more than one company, such as Rigby and Sons. 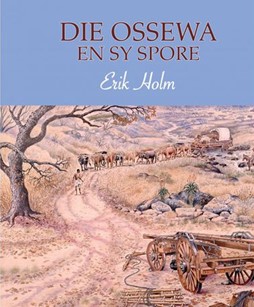 The wagon was one’s best possession and therefore it was beautifully painted and regularly refurbished.

Wagons were used as forts as in Natal. Making use of wagons was a successful strategy and where the strategy was not used, such as Weenen and Bloukrans, the consequences were tragic.

Oxen were teachable. They knew their names and responded to them. They were harnessed according to temperament and ability – the front ones were smart and the hind ones strong.

The ox wagon found its way into Afrikaans and also African culture. The ANC and Cosatu have a wagon wheel in their emblem.

Many songs, proverbs, riddles and idioms with the ox wagon and oxen as its theme live on in Afrikaans today.

After the talk, questions were asked and one of the interesting tidbits was that Paul Kruger had built three toll roads in the ZAR!

The history of Dutch naming 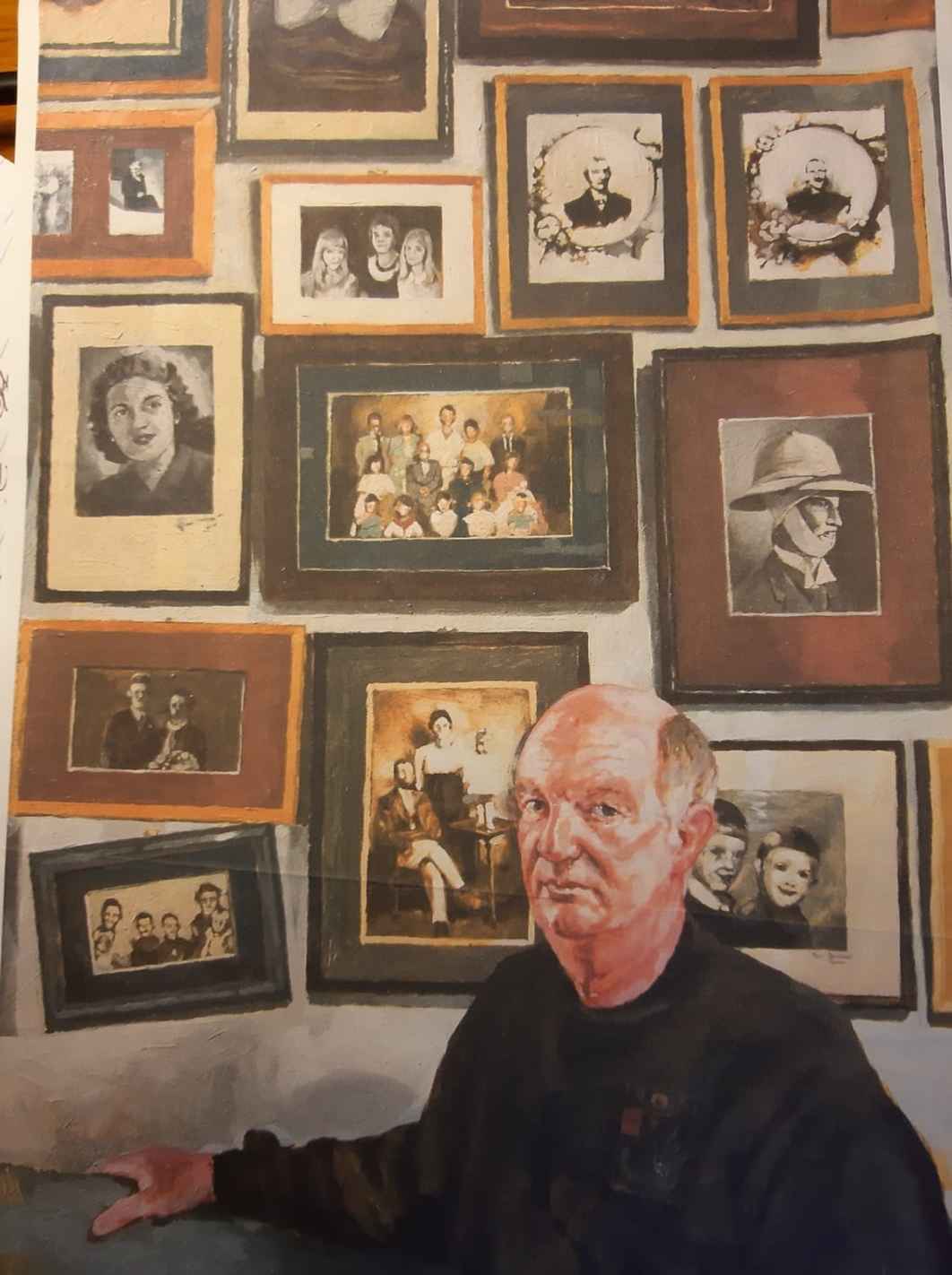 Johan became interested in Dutch naming when he started to research his family.  (His wife is Dutch.)

The Netherlands was trapped between three powers and this affected naming in the country.

The Netherlands was a Germanic country and the Reformation began in the Netherlands in 1340 and Calvin had the greatest influence. This affected naming.

Initially, names were nicknames and the basis of the nicknames was, among other things, honour, fame and land ownership. Later names from the New Testament were used and later also from the Old Testament. At a later stage saints were also used (Roman Catholic Church). The naming of grandparents and parents came into use later. The difference between Roman Catholic naming and Protestant naming was highlighted. Around the time of the arrival of the Dutch to South Africa, guidelines were drawn up for maintaining a baptismal register. 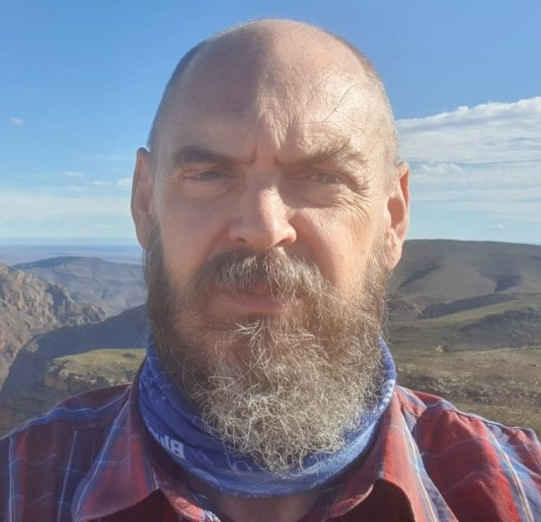 Wilhelm indicated, on the basis of his own research, how a researcher, who ends up in a dead-end street, with the help of timelines, can make a search run smoothly again. The use of different dimensions such as chronology, geography (places, maps), social (weddings, births, deaths) economics (occupation, status, depression) and politics (party affiliation, voter lists).

To illustrate this method, he showed his results from his search for one branch of his family history.  He used Excel. The suggestions are practical and can be applied to one's own search.

"Breaking down your genealogy brick wall by using DNA results"

Annemarie warns that DNA is not a shortcut to finding solutions to missing information to complete your family tree but takes some work once you received your results.  She sheds light on various DNA testing agencies, such as Ancestry, MyHeritage, FamilytreeDNA and LivingDNA.  It is also advisable to remember that no one is an island and people are connected to one another, therefore your results can be used to discover unknown lines in your ancestry.

She gave practical tips on how to deal with the information to expand one's search for family by using your DNA results and your matches family trees. 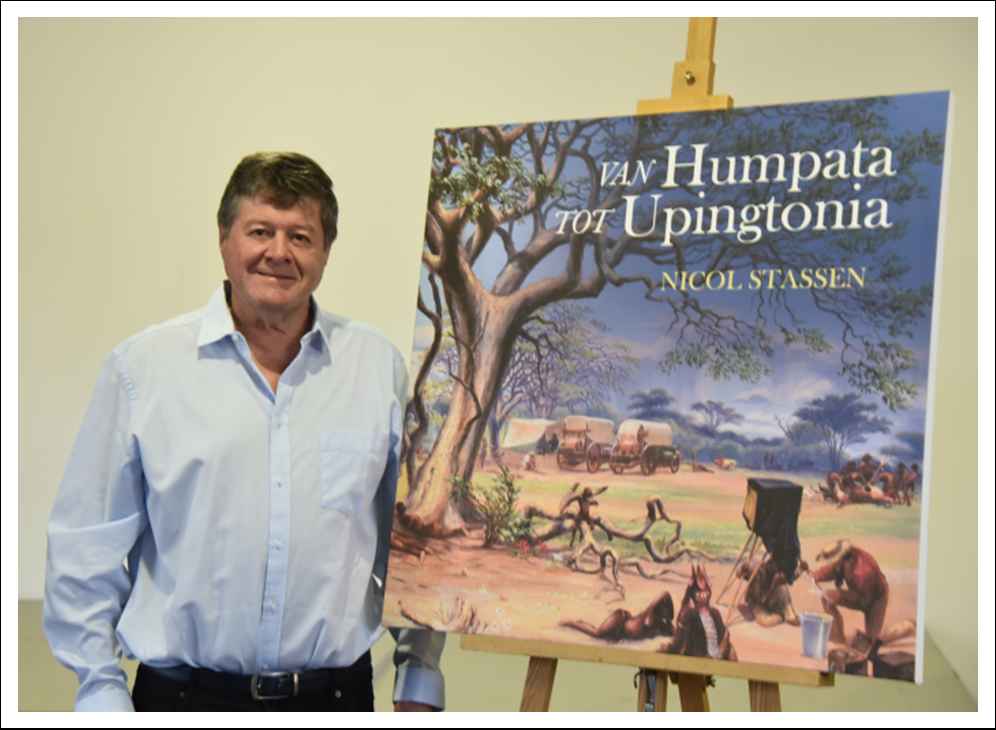 During the late nineteenth century, several organised migrations left the Transvaal. The first of these migrations left the ZAR in May 1874 until 1877. Most were Doppers (members of the Reformed Church); about 95% were members of five congregations. There were few members of the Reformed and Dutch Reformed Church who joined the trek.  Later the first three treks united and after nearly seven years of much hardship and people who died along the way, they settled in January 1881 at Humpata on the Huíla Highlands in the Portuguese colony of Angola.

In 1928, economic conditions deteriorated to the point that about 2,000 Angolan Boers were repatriated to South West Africa while 380–470 people remained in Angola.

Getting married legally was a big problem. Getting married in the Roman Catholic Church was very cumbersome with many requirements, for example submitting certificates, such as birth certificates from parents. Marriages sworn in in Afrikaans churches were illegal.

With the help of William Worthington Jordan, land was bought from the Ovambo chief in South West Africa and farmers got farms here - there had to be a fountain on a farm. The Republic of Upingtonia was proclaimed.

William Worthington was an exceptional brown man - highly intelligent, with good medical knowledge, and the Boers trusted him.

In time, most of the farmers withdrew to the Union due to various reasons, mainly economic reasons.

After the talk, questions were asked such as - how did they know where to go? There were no maps?

A very interesting talk that could have lasted longer. Nicol Stassen is the expert in SA on the Dorsland (Thirstland) Trek. 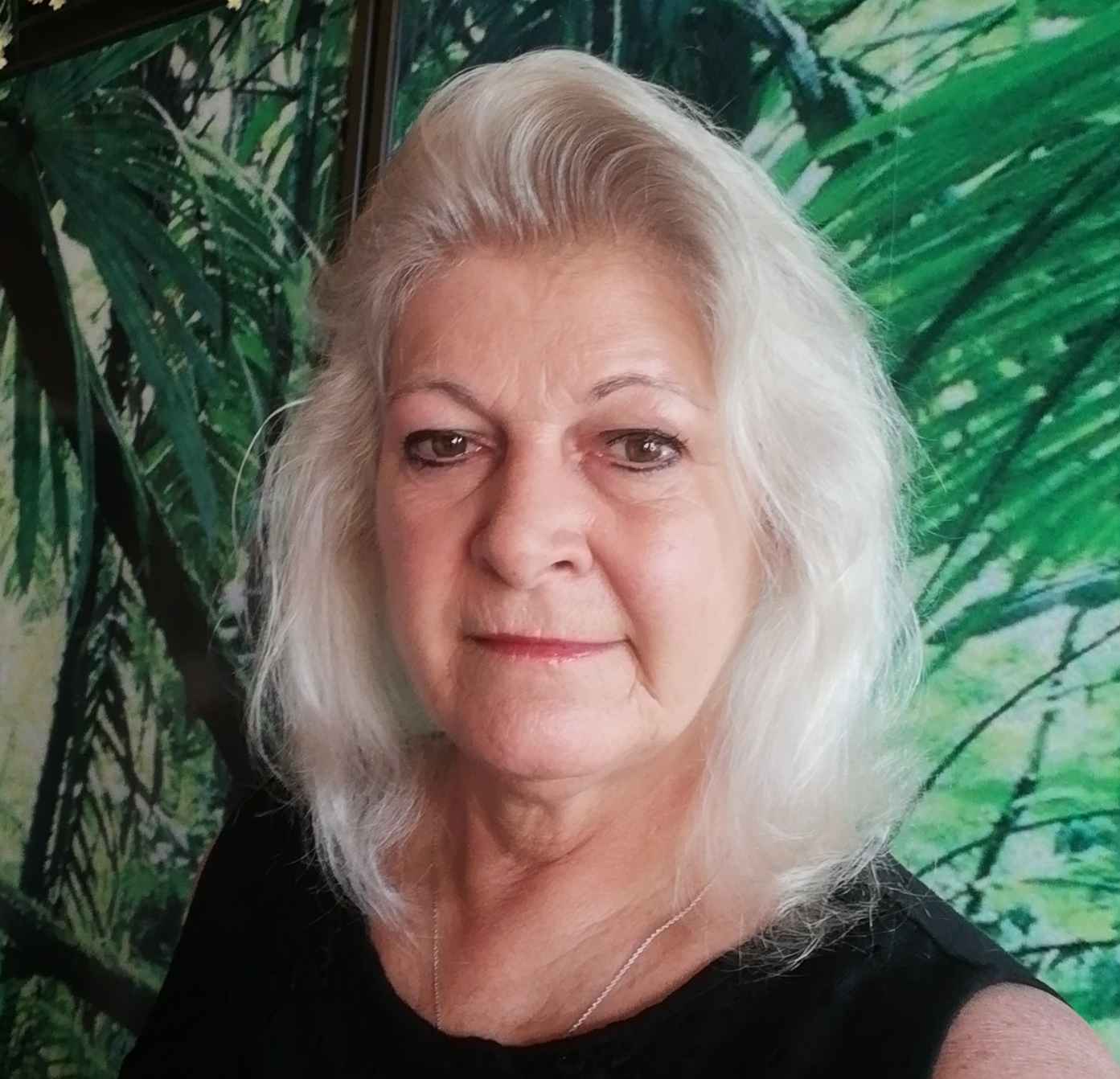 Maya, who was born in the Netherlands, spoke comfortably in Afrikaans about her research on the farms in the Pilanesberg of ealier times.

She started looking for deeds at the Deeds Office and maps at the Government Printer - and with hard work persisted and continued to identify the farms, as well as the families who lived there. She had to decipher the writings of notaries, the deeds were in a cellar and could not be taken out or photocopied. That was before the time of cell phones with cameras.

It was great for her to see who owned the farms, such as Paul Kruger and Sammy Marks. She identified farm names such as Leeuwfontein, Nooitgedacht and Palmietfontein as well as the surnames of owners - about 35 surnames. Surnames are spelled differently and this has made research difficult e.g. Schoombee, Schoonbee, Scroombee. She contacted families to find out more. Some did not want to share information.

The talk was appropriate and well-illustrated with photos and maps.

She has written a book about her research and there are no more printed copies available. Work is currently underway to make it available digitally. 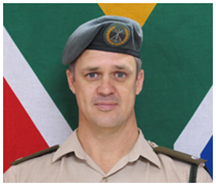 A military archive is the "memory of soldiers".

The military archive is the repository of army records.

The Promotion of Access to Information Act 2 of 2000, PAIA is the important law according to which information must be made available.

The collection dates back to 1912. It is a large collection, consisting of about 700 000 cartons and there are three to five files in a carton. There is also a collection of photos, glass negatives, maps, movies and videos. Some of the sources should be stored in a cold facility, such as microfilms. There is also supplementary material such as old magazines and military publications. 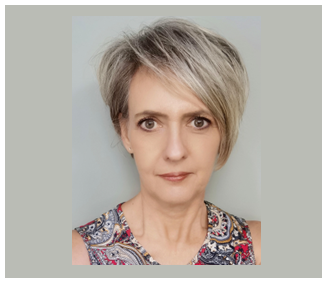 The public is welcome to visit the archive. All information is available that has been declassified. In addition to the PAIA Act, there is also the Popi Act which protects personal information (Protection of Personal Information Act 4 of 2013) and the Archives Act (Act 43 of 1996: National Archives of South Africa Act) which underlies the management of an archive. The way in which one can access information is fully explained.

Plans to digitise the collection are progressing.

Inquiries can be directed by email to This email address is being protected from spambots. You need JavaScript enabled to view it. or Telephone: 012 670 8000

After the interesting talk, illustrated with photos, many questions were asked and the people present were kindly invited to visit the archive. 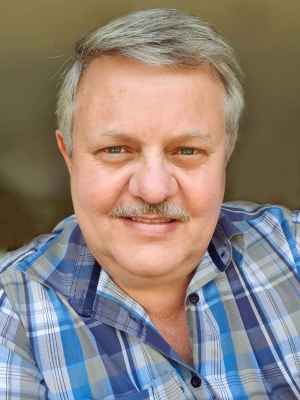 Tian spoke about the guerrilla struggle during the Anglo-Boer War.

In the 1890s the ZAR started to build a railway to Mozambique with much help from the Portuguese.

It seemed as if the English were waiting for the railway lines to be finished before they started the war. In a war mobility is very important − for the transport of troops, food as well as of horses and of ammunition. Trains played a major role in this enterprise. 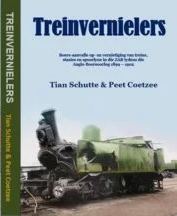 Some of the photographs show trucks full of canned food ("bully beef") and coal from England, as well as fodder for the horses (especially from South America that distributed the seeds for khaki bush and cosmos in SA). One photograph shows cannons being brought inland.

The talk was illustrated with photographs of blown-up trains − locomotives and carriages – tracks and bridges. Some of the farmers who worked on the mines were able to implement dynamite. One of the photographs show that in Colenso the bridge was virtually destroyed and the English erected a temporary structure to serve as a bridge.

Some of the foreigners who helped the Boers were Italians and one was a Scot, Jack Hindon. In Hindon's corps there were Dutch, Germans and possibly also Swedes.

Later, the English burnt down the farms where bridges were blown up.

The talk was very interesting and informative and thoroughly researched.

A grave in the grass 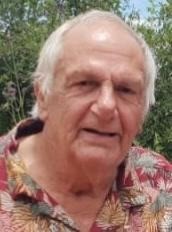 Afterwards, Peet Coetzee (co-author of the book "Treinvernielers") briefly talked about the death of Combat General

H R Lemmer, in a talk titled A grave in the grass.

He illustrated the three days before the general’s death with a map and a photograph of the grave − showing only stones laid flat in the grass.

A memorial for Lemmer will be erected in the near future.