Some gravestones are buried under so many years of growth and debris that some have to be dug out before we can photograph them. As many know, Natal can become very hot and there is little shade in Stellawood. Other than the avenues most of the graves are out in the sun. But we are a happy team who meet once a month and go and photograph a block of graves at a time. Considering that there are some 40,000 to 50,000 gravesites and we have only photographed a mere 12 000 or so graves, we can hardly say we are nearing the completion of the task. It is a mammoth one considering the terrain and the obstacles we have had to over come. 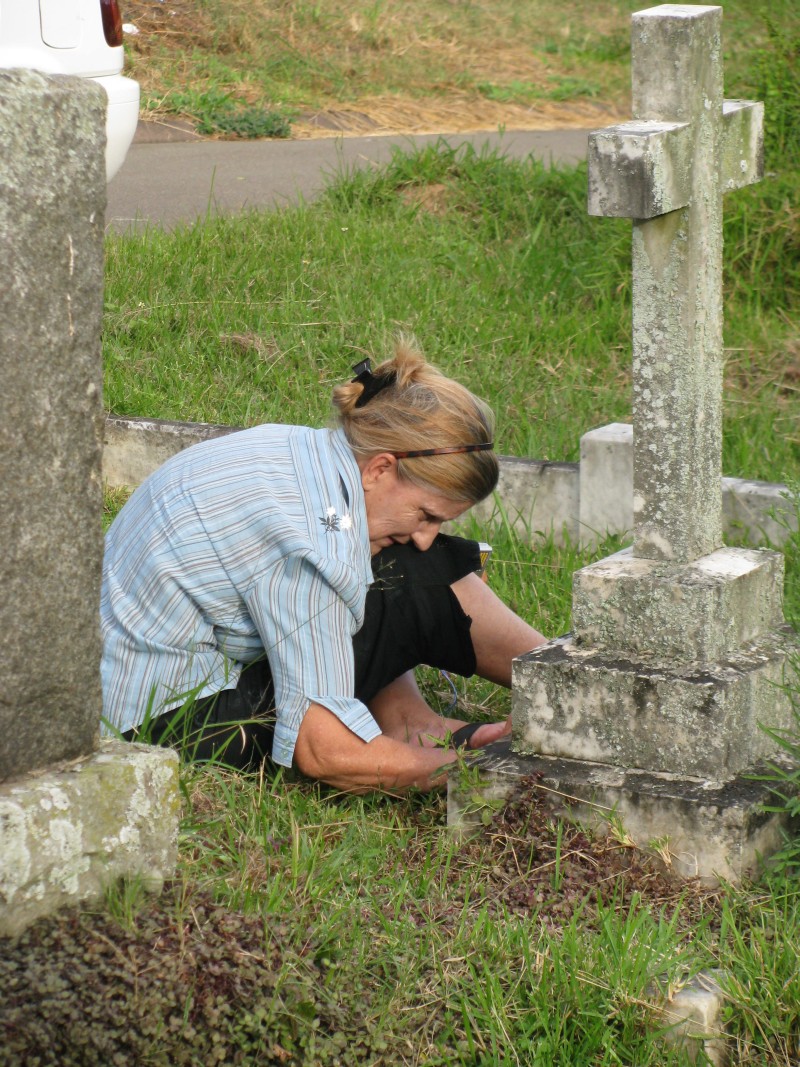 Maureen Schnittker has received a spider bite – but fortunately for her it was not a black widow! She has survived the incident and lives to tell the tale. Then one session Rob Jonesfound he had a sinking feeling as he stepped forward to photograph a gravestone the ground under him collapsed – he certainly had a sinking feeling that day and I remarked that he might have become our "first underground agent". Rob and his wife Isabel were team members who joined us when we photographed the Stamford Hill/Umgeni cemetery. Of course we do not only photograph the gravestones as some of us will now again capture a photograph of the fauna or flora that seems to abound these cemeteries.

Our last session we had a pair of Egyptian geese serenading us whilst we were working – well at least they did not dive bomb us like the swallows do when we come anywhere near their nesting sites.The group usually has one or two "gofers" we are willing to assist the photographer with either cleaning of chalking the gravestones. Our youngest one on the team is Dylan Chittenden. Dylan is a keen scout and he used this opportunity of being a "gofer" to earn his Genealogy badge at Scouts. Vanda Chittenden has taken some very excellent photographs of some of the fauna that I spoke about earlier.

The question that many people ask me when I tell them about my "hobby" – is "why do we really do this?" Most people think we are rather oddball when we say we are going to the cemetery to photograph the graves. The truth of the matter is that nothing lasts for ever and the gravestones are slowly being destroyed by nature as well as vandals who wilfully come into the cemeteries at night and sometimes in broad daylight and destroy these headstones. Furthermore the graves are no longer maintained by the municipalities and as such the actual grave becomes overgrown and ultimately the gravestone is obscured and lost. I hear from time to time about cemeteries that are being maintained but I have also heard of the horror stories that some cemeteries have become a resting place of the homeless too and that many of the headstones have been destroyed. 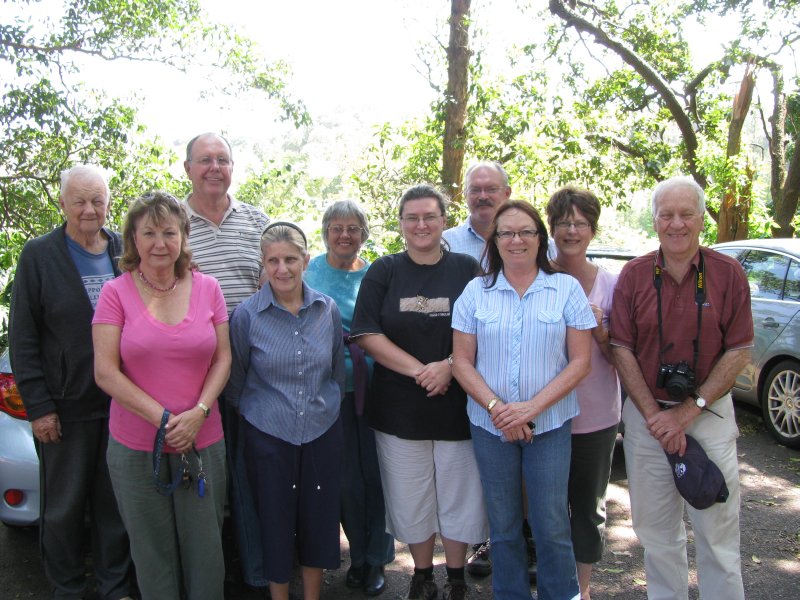 What then is the future of this kind of project? As long as there are willing people like those that join us to photograph these stones the project will continue, it is therefore at this point that I need to convey my thanks to the team who come and photograph the graveyard with us on a regular basis. Frank Butler, Graeme, Vanda and Dylan Chittenden, Colin Garvie, Rob and Isabel Jones, Maureen Kruger, Elizabeth Marson, Lynnett Paul, Aletta Quebberman, Maureen Schnitker and the late Curly Schnittker and Jacqui Foster (who also assisted in photographing the St Thomas graveyard), are all regular photographers.

At the beginning of this year we lost one of our most devoted "gofers" Curly Schnittker, who sadly past away on 26th February 2012 to a higher service. Maureen Schnittker continues to be one of the transcribers who has now embarked on transcribing the Pinetown/Ashley cemetery.

Other projects that have also been completed for 2012 are the photographing of the Queensburgh Cemetery by Matthys van Niekerk, Ken Garvie and myself – this should be on the website soon.