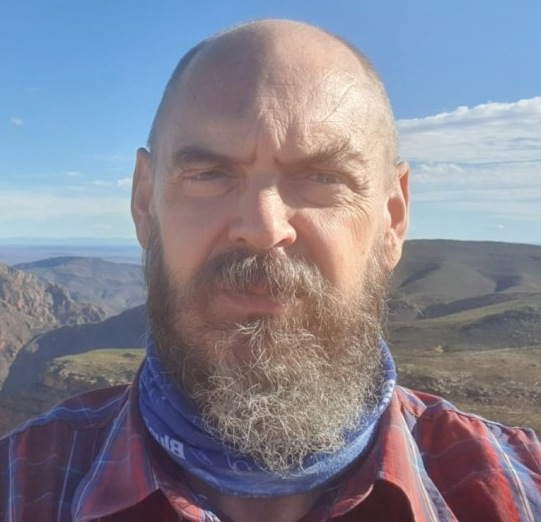 Wilhelm Bernhardt was born on 7 January 1970 in the Provincial Hospital in the town of Belfast, in the then Transvaal. He is the eldest son of Wilhelm Bernhardt and Jacomina Johanna Venter. His childhood was carefree and was mostly spent in the village of Waterval Boven, where he was also in primary school as a pupil at Oosterlijn Primary School, where his parents taught. After this he rode a bus every day for 5 years to finally matriculate in 1987 at Belfast High School.

Wilhelm's predilection for history and genealogy was fueled by several people, but his maternal grandfather, Willem Frederik Venter, should probably get the most credit for this. Grandpa Willem, a particularly intelligent man and farmer from the Machadodorp district, knew the history and stories of his various ancestors at his fingertips, and passed them on countless times to his children and grandchildren. Wilhelm, who married Isabel Nel in the year 2000, already has several genealogical publications behind him, including his magnum opus, which appeared in 2015, entitled: "The Family History of Corli and Anica Bernhardt". In it he explores the ancestors and history of his two daughters on both the paternal and maternal side (a total of 32 families, 16 on the paternal side, and 16 on the maternal side), down to the respective patriarchs and mothers. He is a strong supporter of a holistic approach to genealogy, and thus promotes both pedigree research, as well as the broader concept of science-based family history writing.

In 2020 he won the GGSA's award for best article in Familia, and in 2021 he was elected Chairman of the GGSA's Northern Transvaal Branch. When he is not engaged in genealogy, he spends his free time writing history, collecting books, restoring classic cars, riding his motorcycle, traveling with his wife, browsing antique shops and markets, and just hanging out in his garage to tinker with all sorts of things.